[newsletterchapter2 title=”GENERAL MARKET COMMENTS”]The 10/15 “Black Hole” (0%) Capitulation at the “Ebola Low” continues to be a very significant tell: “The degree and persistence of the Recovery was and remains generically Bullish.” Stocks were allowed to go higher. I repeat: “There is a cogent edge like a Black Hole now.”

The important idea was not to push at trades in an uncertain environment. It is never an advantage to presume that you have an edge all the time. By ignoring the silly price behavior of the last few weeks and husbanding your Psychological and Physical Capital, one may now take a more educated trading stance.

The recent roll over in stocks signs the Highs of 11/28 are now an extreme price to short against.

[/newsletterchapter2][newsletterchapter2 title=”MARKET TIMING FACTORS”] The Black Hole on 10/15 launched a new leg up which lacked “defined termination. In other words, it can just keep going.”  It did, as I allowed. There has been no Hard Timing for actionable trading opportunities until yesterday.

Now, there is some market energy due 12/8 which may be a low of some sort. There is also a broad but amorphous corrective vibration which may last into 12/22ish. That fits with corrective churning before a potential
upside fling into year end. 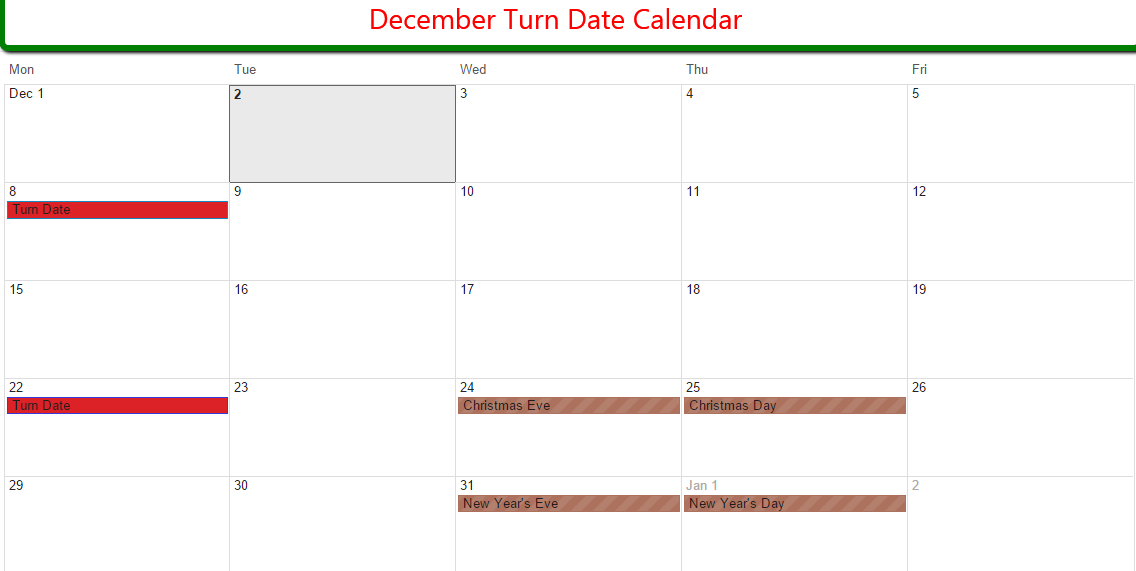 [/newsletterchapter2] [newsletterchapter2 title=”MARKETS AS METAPHOR”] Financial Culture is still in an Ebullient Complacency. There is no defining conceptual leadership. That signs of vulnerability.

[/newsletterchapter2] [newsletterchapter2 title=”RELATED MARKETS”] Gold: “may be measured rather than manic. ” The recovery post Swiss vote is a Tell and a Proof of an interim Recovery. Treasuries lack Clarity. Energy is obviously sold out but? The Dollar is overdone.

[/newsletterchapter2][newsletterchapter2 title=”SENTIMENT INTERPRETATION”]  The best Sentiment interpretation remains that the “0%” sentiment coincided with an unusual Capitulation Low. That was so long ago you say but it may be a cogent inference for many months to come.

The inference, as I noted, was for more bizarre  strength. That occurred. Now, the slow motion rollover in price has been coincident with a flattening sentiment. Shorts can scalp against the 11/28 High

[/newsletterchapter2][newsletterchapter2 title=”INTERMEDIATE TERM SENTIMENT”] Intermediate Sentiment confirmed the 10/15 Black Hole. Sentiment has been rebounding but does not show any obvious extreme. So, as I allowed all along: “More strength can occur but, there is no trading edge.” Sideways Chop may continue.
Such a drifty profile may be much more suited to scalping than investing.

[/newsletterchapter2] [newsletterchapter2 title=”THE TECHNICAL VIEW”]  There are some very noticeable bearish divergences on the SPX. Yesterday we saw the first pullback from the October lows and it would make sense to see some more down before up. The important target for the bears-remains a break of the 2035 low. If we see that-then the door open for a push down to the 2015 and maybe 1988 area.

That is pretty far away and we can’t assume anything and should watch for clues day to day. But if we see some continued weakness-those would be the targets to watch. On the upside, I would think 2100 would be a magnet if the bulls take out the previous highs, but again, nothing is certain in this market right now. 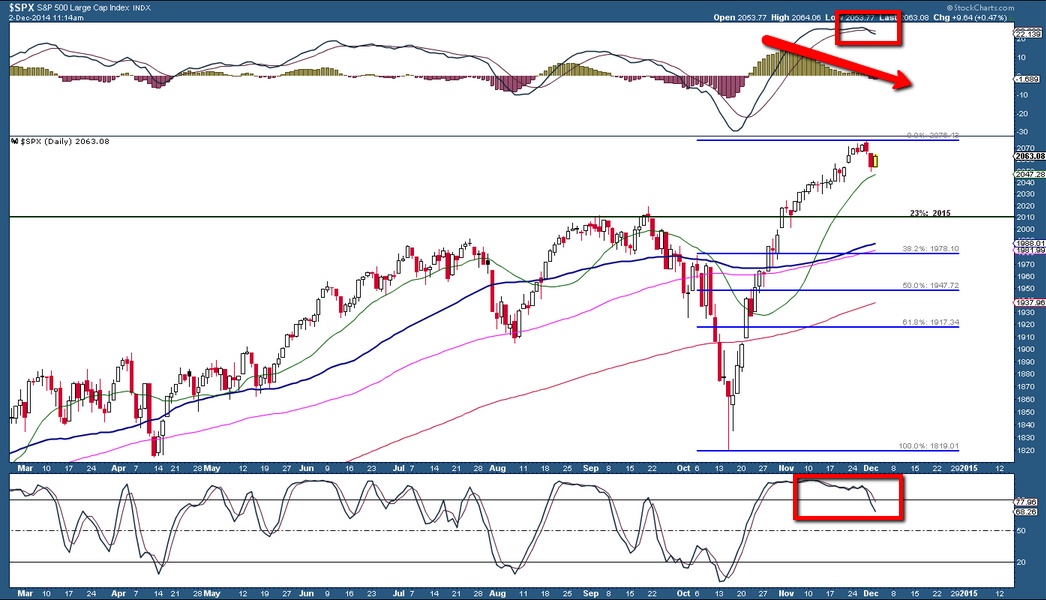